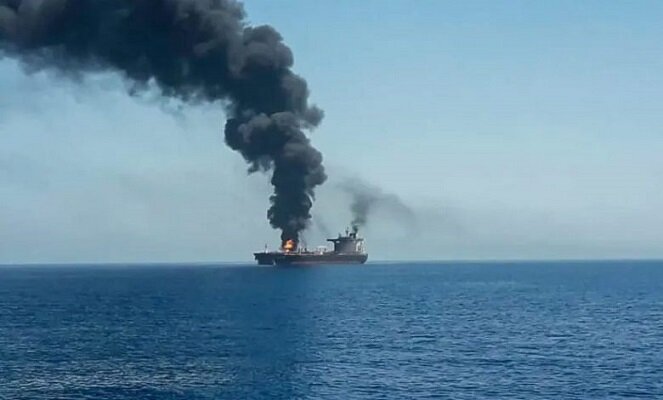 The maritime attacks in Oman Gulf; what lies behind the bushes

On the 30th of July, Yediot Aharonot reported an attack on the “Israeli” Ship “Mercer Street”, an oil tanker.

It was attacked at night in Oman’s Gulf and two crew members were killed. The attack was followed by tales of hijacking the “Asphalt Princess” on the 3rd of August, which is an industrial ship. And then again, the Marine Traffic reported the disappearance of “Golden Brilliant”. Both ships were in the Gulf of Oman near Fujairah port in UAE. The U.S., Britain, and Israel mainly pointed fingers at Iran and Arab

It is not a complicated issue to grasp when Israel is involved. It is a regime that is striving to prove its right of existence as part of the region. Therefore, the history and the presence of this illegitimate regime are full of evidence that shows its criminality against its own people and others. Anything is justified for the sake of getting more sympathy and support from its operators, mainly Britain and the United States, who take turns in playing this role.

Since Iran has declared the establishment of its new oil pipes line, it is currently able to refill its oil tankers without the need to pass through the Strait of Hormuz. No one was pleased. Iran’s oil exports no longer pass under the observation of the American military bases in the Arab countries in the (Persian) Gulf.

The “giant project” was launched on the 20th of July. It is aimed to transport oil from Bushehr province to Jask port in Hormuzgan province and enabled Iran to avoid transiting oil through the Strait of Hormuz. This step has saved the oil tanker 1000 miles of navigation.

It was a major economic leap for Iran. However, the attacks on ships started at the end of July, which coincided with the inauguration of Mr. Ibrahim Raisi’s assumption of power. Many questions can be proposed about the timing of the attack and the reasons behind the accusations against Iran or one resistance or liberation group by the Americans and the Israelis.

After a few days of deliberations Britain, the U.S. and Israel decided to hold Iran responsible for hijacking or attacking the Israeli ships. However, the Iranians declared absolute refutation of the allegations and warned against any reckless military actions against Tehran.

Zealous American and European press releases and articles were written about the hijacking. However, in an unprecedented step a couple of days later, Britain announced that hijacking was over, and the operation ended, and the people that got on board have left. It is the most ridiculous story! Who are the people? What did they want? Why did they leave? And was Britain familiar with their identity? The questions were left unanswered!

In 1939, Britain, during the mandate of Palestine, issued a document called the “White Paper”, in which the Jewish immigration to Palestine was banned, due to the high resistance in Palestine in 1936-1939.

In an attempt to go around the British decision, in 1940 during the Second World War, the Central Office for Jewish Immigration [ZjA] managed to send 3 ships that arrived in Haifa harbor from Romania.

However, Britain refused to allow the immigrants to dock and planned to deport them in an ocean liner named “Patria”. In order to disable the ship from departing and sending them to Mauritius Island in the Indian Ocean, the Haganah planted a bomb in Patria to prevent it from sailing. The bomb exploded in 15 minutes: the Patria sank killing 200 and injuring 150.

In another incident, in 1942, Struma was a Bulgarian vessel, in which also ZjA crowded Jewish immigrants from Romania to be deported to Palestine. The vessel was horribly overcrowded. When the engine failed the ship docked in Istanbul Harbor, the Turks were trying to negotiate with Britain over the fate of the passengers. As the British were forcing the limited Jewish immigration to Palestine, they refused to receive them. The Turks towed the ship, which carried around 800 passengers to the Black Sea. 12 hours later, a torpedo was fired and the ship sank, killing the passengers except for one survivor.

The point is that history is full of stories in which the ZjA has scarified its own people to reach its aim. The Americans after the incidents interfered and forced Britain to receive a higher number of Jewish immigrants in Palestine. Hence, the details about the number of attacks in Oman’s Gulf are of no significance. The important element in the story is that Israelis, or perhaps the Americans, are both trying to play some kind of Hollywood role.

The Americans acted in the same manner on September 11. Several reports spoke of American national security agencies’ involvement. They knew about the attacks, yet they were reluctant to stop them.

They used the American blood and victims to justify wars in Iraq and Afghanistan.

Therefore, it is always useful to look behind the Hollywood charade. The ships were attacked and others were hijacked. Then, all was back into order, and the hijackers disappeared. The ships’ nationality or names are of no importance at all. What matters is the aim behind the declarations and the accusations pointed at Iran and Hezbollah, as a proxy to Iran. The timing is of particular importance with a new coming round of nuclear talks between Iran and G5+1. And the attacks coincided with Mr. Raisi’s assumption of power in Iran.

The aims of the charade were the intensification of the political blockade on Iran, by accusing it and its friends of committing the attacks and demonizing both Iran and Hezbollah by accusing them of piracy.

Demonization would eventually lead to an escalation in the UN and mobilization of their allies to push towards spreading military naval forces in the Gulf of Oman and the Arab Sea to be able to monitor or hassle the Iranian ships.

In the last two days, another stage of lies was built, when an unknown group fired 4 missiles to the north of Palestine. They were arrested by the Lebanese army. The Israelis retaliated in open uninhabited space. However, the Israeli appetite to bombard Lebanon was greater than it may imagine. It was excessive.

As a result, the Islamic resistance in Lebanon responded. The names of the groups, who led the retaliation, were: “Ali Kamel Muhsen”, who was assassinated in an Israeli attack on Damascus airport last year, and “Muhammad Qassem Tahan”, who was killed in an Israeli open fire on the demonstrators who were supporting the Palestinians during operation “Saif al-Quds”. The message was clear.

If Hezbollah wants to revenge the killing of the martyrs, who were targeted by Israel, the party will revenge openly and clearly. Hezbollah will not hide behind its allies and supporters to do his duty in protecting Lebanon and his fighters. And when Hezbollah wants to revenge for the killing of his members in Dabaa Airport in Homs- Syria, it will do it openly. This is only one Chrystal clear message among many others. 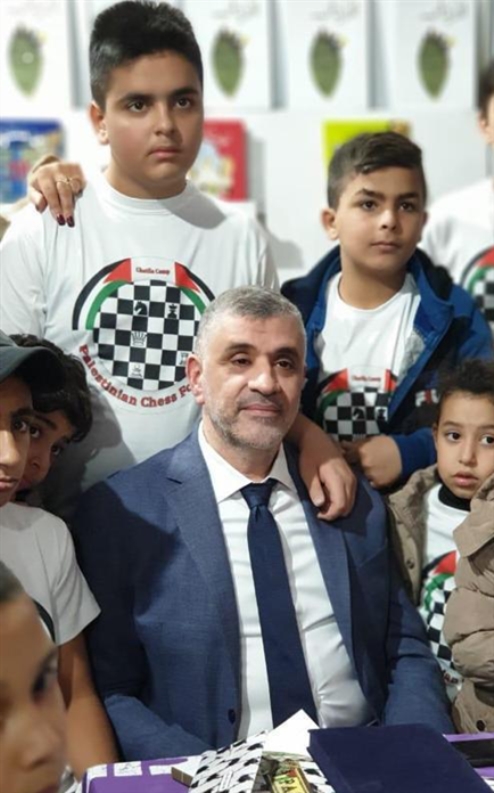